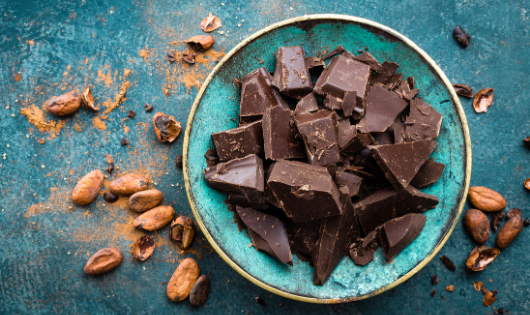 Learn how to support your health by caring for your endocannabinoid system through adding a few simple foods and activities to your daily routine, with Uta Boellinger  (Head of Nutrition @ Spiritofhemp.com)

The Endocannabinoid System (ECS) is one of the most important systems involved in supporting and maintaining health. Endocannabinoids (chemical messengers produced by your body) and their receptors are found all over the body: in the brain, organs, connective tissues, glands, and immune cells. In each tissue, the cannabinoid system performs different tasks, but the goal is always the same: homeostasis, the maintenance of a stable internal environment despite fluctuations in the external environment. Cannabinoids support and maintain homeostasis at every level.

Whilst our CBD oil can play a key role in supporting and maintaining our ECS, we also recommend to include certain foods and activities to naturally support this most important system of the human body.

So here is your step by step guide to optimally supporting your ECS.

Step 3 - Include more herbs and spices in your daily routine

Fatty acids are the building blocks of our endocannabinoids (anandamide and 2-AG) so the first and most important step in supporting your ECS is to get enough healthy fats in your diet. It’s also essential to make sure you are getting the right ratio of omega 3s and omega 6s as too much omega 6 can cause imbalance by down-regulating receptors. As the typical western diet is too high in omega 6 it’s a good idea to try and include more foods which are high in omega 3.

Sources of endocannabinoid-enhancing fatty acids to include in your diet:

To Tip: Make chia and linseed puddings, sprinkle hemp seeds onto your porridge or salads, use cold pressed seed oils in salad dressing (not for cooking as they are heat sensitive) and aim for 3 portions of oily fish per week.

Yes, you read that right. Eating cacao can result in higher levels of endocannabinoids. It can inhibit the breakdown of your body’s own endocannabinoids as it contains compounds that are structurally very similar which may also have an activity of their own. So the feeling of bliss you get when eating chocolate may be caused by the fact that you’ll get a better and longer lasting effect from anandamide the endocannabinoid also known for causing the ‘runner’s high’. The name is taken from the Sanskrit word ananda, which means "joy, bliss or delight”.

What type of chocolate should I be eating?

We are not talking about commercial chocolate found on supermarket shelves which are packed with sugar and vegetable fats and contain very little cacao.

The content of cannabinoid-like compounds in chocolate varies widely and is highest in dark chocolate and raw cacao.

Top Tip:  Raw Cacao is one of my favourite foods and also an extremely versatile ingredient. It can be used in both sweet and savoury dishes as well as making a great addition to porridge, chia pudding, smoothies, shakes or as part of a healthy hot chocolate. It is high in minerals including iron, magnesium and zinc and has a very high antioxidant score. 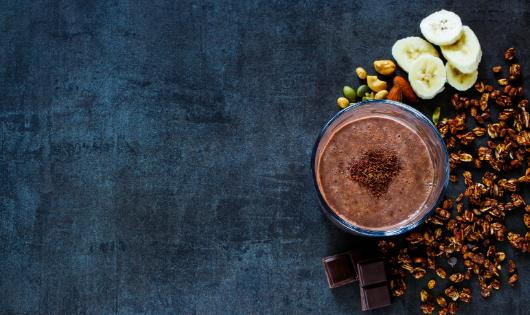 STEP 3 Include Herbs and spices in your daily routine

There are also a number of plants and herbs which can be included as part of any health protocol and may further enhance your endocannabinoid system.

A key player here is beta-caryophyllene which is a terpene not only found in cannabis but also in a variety of herbs and spices. It selectively stimulates the CB2 receptor, a sought-after property in the development of treatments for inflammatory disorders.

Use these in cooking and baking:

Other plants with healing powers to include in your routine for their ability to up regulate receptors, raise endocannabinoid levels or slow down their breakdown include:

Top Tip: Make a turmeric latte by adding turmeric, black pepper and cinnamon to warm coconut milk. This is a delicious and calming treat which not only supports your ECS but is also highly anti-inflammatory. It can also help support a good night’s sleep.

Wherever possible chose organic foods. Pesticides are well known for causing all sorts of issues in the body including disruption of the endocannabinoid system. The same goes for phthalates, which are found in plastics. So it’s worth investing in glass or stainless steal storage containers and bottles. This will also benefit your hormonal balance.

Top Tip: Sometimes it can be tricky to find organic foods and they can be more expensive. Focus on the Dirty Dozen, which are the 12 foods with  the highest level of pesticide residue.

It is good to be aware that high quantities of alcohol can be a major disruptor to our body including the endocannabinoid system.

OTHER FOODS TO AVOID

It is not just our diet which plays a role in optimising the ECS.  Studies have shown that certain activities can also enhance production of your endocannabinoids.

So these are my top tips for supporting ECS function. Why not start by picking 2-3 and include these in your daily routine alongside our CBD oil, tea and topical products to optimise your health and wellbeing.