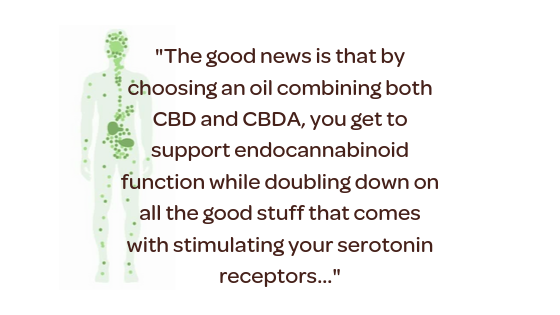 How Does CBD Affect the Endocannabinoid System?

Head to any CBD company’s website and they’re sure to regale you with ways in which CBD oil supports the healthy functioning of your endocannabinoid system (ECS). Ignoring the fact that most people still don’t know they even have an endocannabinoid system, how much do we actually know about how CBD interacts with the ECS? And what about CBDA, CBD’s acid precursor also found in many CBD oils. Does it also affect the endocannabinoid system?

What is the Endocannabinoid System?

The endocannabinoid system comprises two classes of receptors: CB1 expressed throughout the brain and central nervous system and CB2 predominantly on immune cells, but also in major organs. These receptors are activated by lipid based chemicals called endocannabinoids, anandamide and 2-AG. In general, activation of CB1 receptors modulates neurotransmitter signalling, while CB2 receptor activation has an overall anti-inflammatory effect. Another key component of the ECS are the enzymes that break endocannabinoids down once they have performed their role. In the case of anandamide, this is fatty acid amide hydrolase (FAAH), while for 2-AG, it’s monoacylglycerol lipase (MAGL).

The word ‘modulation’ is key to understanding why we have an endocannabinoid system. In fact, it has been likened to a dimmer switch, turning up or down biological activity in order to maintain homeostasis or balance in our bodies. Every single physiological function is regulated by the ECS: sleep, appetite, sexual function, reproduction, pain, mood, our immune response, cell growth, body temperature. In cases of illness, heightened endocannabinoid activity can often be detected, which scientists believe is part of the endocannabinoid system’s modus operandi: to bring our organisms back into balance again.

Finding ways to manipulate it in order to treat conditions such as neurodegenerative diseases, cancer and even clinical depression, are currently under development in labs across the world.

One route is to find substances that directly activate endocannabinoid receptors, such as tetrahydrocannabinol (THC), the psychoactive compound in cannabis which binds with both CB1 and CB2 receptors. In fact, researchers only discovered the ECS back in the late 1980s when they were trying to understand how THC affects the body.

For many years, CBD was assumed to be inactive because it didn't directly activate endocannabinoid receptors, which explains why it is free from any intoxicating effect. However, CBD is now believed to support overall endocannabinoid functioning by interacting indirectly with the ECS.

CBDA and The ECS

Many of you have asked us whether CBDA, another key compound in Spirit of Hemp CBD oil, interacts with the endocannabinoid system. Interestingly, CBDA, CBD’s acidic precursor only found in raw, unheated hemp, does not affect the ECS. However, that doesn’t mean it’s some kind of cannabinoid underachiever.

The good news is that by choosing our Spirit of Hemp CBD oils, you get to support endocannabinoid function while doubling down on all the good stuff that comes with a product containing CBDA.

There are all sorts of other natural ways you can strengthen your ECS, such as cardiovascular exercise and even singing. To find out more, take a look at our article: Why We Should All Think About Boosting Anandamide.

We hope this answers your CBD/CBDA endocannabinoid system questions. We’d love to know if there are any other CBD related topics you’d like us to cover in our blog. Just drop us a line via the contact page and we’ll get scribbling. 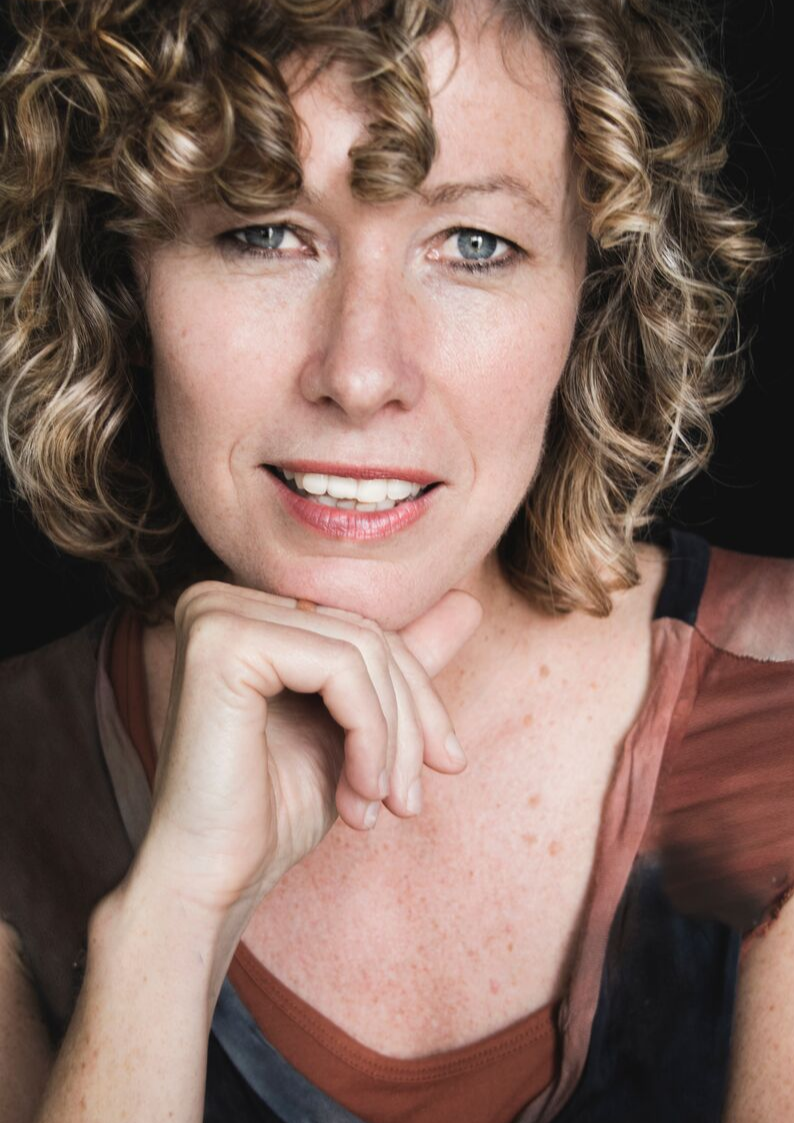